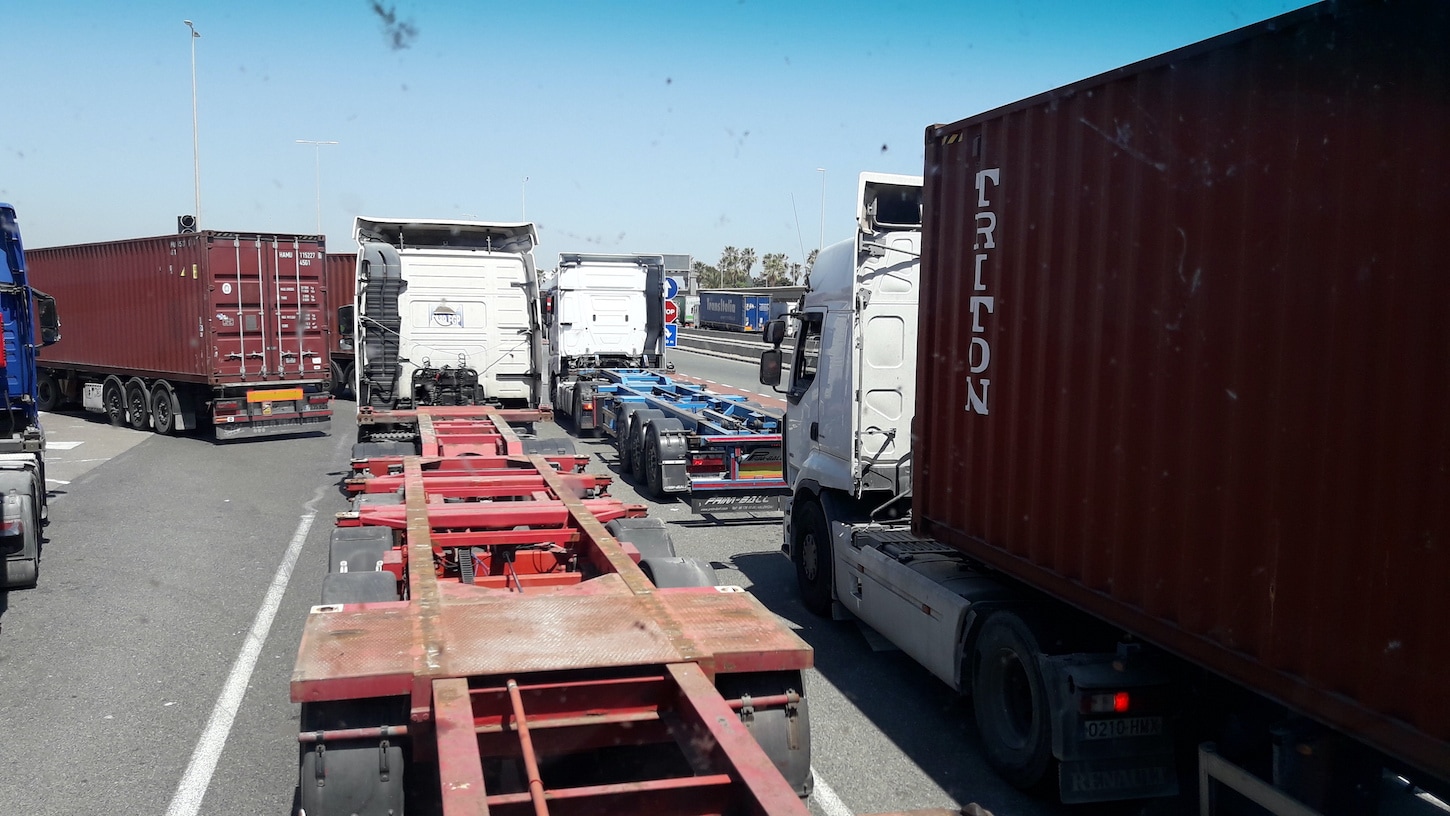 We would like to share a compilation of articles from the general press in which they echo the increasingly unsustainable situation that the Port of Valencia is going through.

As many of you will have experienced, every day the situation is worse and it is more difficult to load a container, due to the queues, the lack of sics, the non-information on empty returns, the closed scales or ship changes without prior notice. To the best of our ability, and even outside office hours, we try to notify you of all these delays and setbacks, unrelated, in most cases, to our work, but which nonetheless influence “normal” operations, which are altered and does not allow us to carry out the management flows with the times that we did previously.
That is why the Valencian Federation of Transport and Logistics Entrepreneurs (FVET) has warned of the “chronic traffic jam” in the terminals of the Port of Valencia and has indicated that the queues “affect the operations of 3,000 drivers every day and, according to represent an economic loss of three million euros per month”. FVET and the National Federation of Associations of Port Carriers (Fenatport) have held a meeting with the Port Authority of Valencia to address this problem and propose “urgent shock measures in the face of a risk of serious conflict”, they have indicated in a statement . The general secretary, Carlos García, has indicated that “since the strikes in March, the chronic congestion in the terminals of the port area has increased and the situation is critical”.
“Every day, carriers have to endure queues of up to five hours, which represent an economic loss of at least 3 million euros per month. With the rise in fuel prices, some operations, such as short-distance ones, represent absolute ruin and carriers will be forced to make the service more expensive and pass on the cost to the terminals themselves or to customers”, he added.
During the meeting, the sectorial representatives have denounced other damages that this collapse supposes, especially, to the working conditions of the drivers. “They suffer unworthy situations and unacceptable daily pressure due to the long hours of waiting that, in addition, affect their driving time and rest”, adds the secretary.
The queues generate traffic jams on the V-30 and at the entrances to the Port of Valencia, especially in the most critical time slot for accessing the terminals, which is between 4:00 p.m. and 7:00 p.m.

On the other hand, Law 15/2009, of November 11, approved that there was only a 1-hour grace period for unloading/loading vehicles, but it was never applied and 3 hours of download free (and sometimes even more). Now it has been approved that it become effective after the Royal Decree and after the strike that the agreed pact be 2 hours off, but it continues to be provided at the level of the Law of 1 hour. (We enclose both BOE with the Law and the RD in case you want to consult them).

We hope that this information is useful to you and for any questions you already know that you can contact our staff.